Stop Giving Erdogan a Veto Over U.S. Recognition of the Armenian Genocide 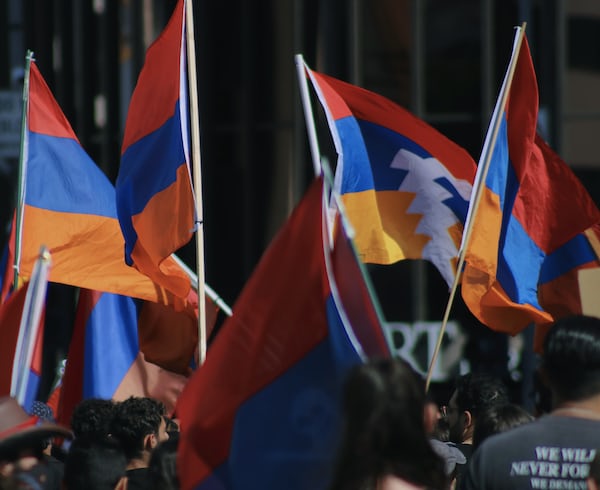 Biden can do the right thing because Turkey has lost strategic significance.

Former U.S. President Franklin Roosevelt understood the Soviet Union was an ally unworthy of the United States, but he also understood Nazism was the more pressing threat to civilization. “To cross this bridge, I would hold hands with the devil,” he once said to an advisor. Once the United States crossed the bridge and Nazism was destroyed, the two unlikely allies parted ways.

Today, long after the Soviet Union’s demise, Washington’s hands remain locked with other unsavory allies. One of them is Turkey under President Recep Tayyip Erdogan. Although the Cold War made a strategic partnership with Turkey sensible and the country remains part of NATO today, Turkey is not a natural ally of the United States. Of the three consistent Middle Eastern powers in the past millennium—the Turks, Persians, and Arabs—it is Turkey that has historically posed the greatest threat to the West. This is due, in part, to its geographic position but also to its long history of imperial expansion into Southeastern and Central Europe, which lasted well into the modern era. The post-Cold War era—and especially Erdogan’s long tenure—has witnessed a reversion to the historical norm.

The pundits debate endlessly whether Erdogan’s strategic posture today is best described as neo-Ottoman, pan-Islamist, or ethno-supremacist, but this is not really relevant. What matters is Turkey is an increasingly malign state that shares few interests or values with the West. The partnership’s benefits are quite simply outweighed by the costs. As last week’s announcement of a full U.S. withdrawal from Afghanistan shows, the United States is in the process of ending its overextension in the Middle East, Turkey included. Today, Turkey is a regional power in a part of the world that no longer has the geostrategic significance to the United States it did 20 years ago.