Iran's IRGC should never be delisted by the US - Philos Project

Iran's IRGC should never be delisted by the US 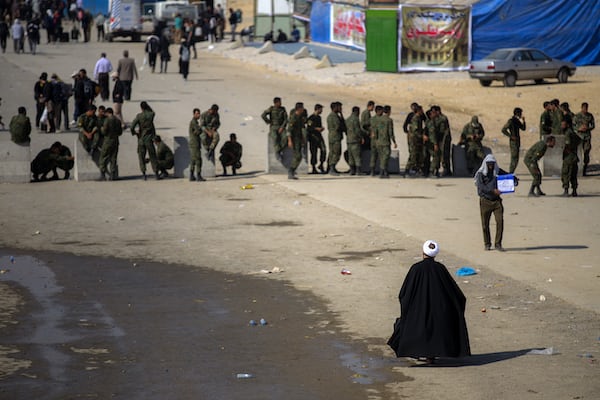 If the Biden administration delists the IRGC, it sends a signal to the world that America is ready to work with terrorists.

As a precondition to returning to the nuclear agreement, Iran had demanded that the United States remove the Islamic Revolutionary Guard Corps from the State Department’s Foreign Terrorist Organization (FTO) list. The IRGC was designated a terror group in 2018, when President Donald Trump pulled out of the JCPOA, not least because of its role in fomenting chaos in the region.

The Trump administration made clear that any attempt to renegotiate the agreement would be predicated on IRGC’s commitment to refrain from destabilizing the region and to eliminate its proxy network. Though publicly rejecting the Iranian demand, unconfirmed reports indicate that the Biden administration is willing to compromise and remove the IRGC from the FTO blacklist while keeping the Quds Force – the Guards’ foreign terror unit – on the list.

Keeping the Quds Force only on the blacklist flies in the face of reality and would have profound security implications. First, it is imperative to note that the IRGC and Quds Force are inseparable and intertwined organizations, and the distinction between them is misleading.