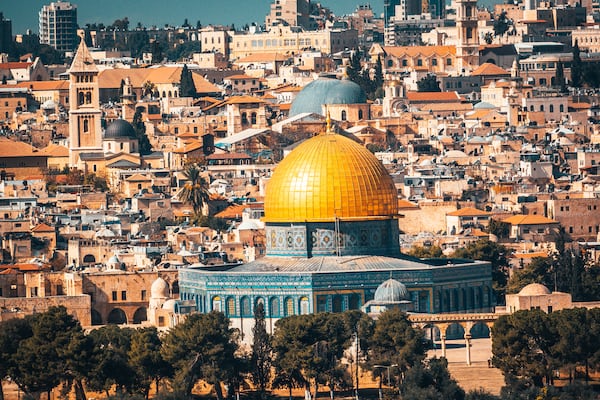 Hamas leaders know a new war would devastate the Gaza Strip and urge Israel to revoke the work permits of thousands of Palestinians.

The current tension on Temple Mount has probably been fomented by Iran. On Friday, April 15, clashes broke out on the Temple Mount between Israeli security forces and Palestinians who threw rocks at Jewish visitors to the Western Wall. The situation is especially volatile because of the overlap between the holy months of Ramadan and Passover. The press reported that a group of “violent youth” also threw firebombs from al-Aqsa, inadvertently causing a fire in the mosque.

The real reason for Iran’s intervention is the fear that the Negev Summit ignited in Tehran. From March 27-28, 2022, four Arab foreign ministers from the United Arab Emirates (UAE), Bahrain, Egypt and Morocco, and the US Secretary of State Antony Blinken participated in the Negev Summit in Sde Boker, Israel. The goal of the Negev Summit was to discuss further economic cooperation between the Israel and the Arab world and to build a new regional security architecture, a sort of “mini-NATO,” to counter Iran’s destabilizing actions in the region.

As a senior Israeli official put it, “The conference is a message to Iran that as it continues to spread chaos throughout the region, the response of those it is targeting will only become more united.” Israeli Foreign Minister Yair Lapid also said, “this new architecture, the shared capabilities we are building, intimidates and deters our common enemies, first and foremost Iran and its proxies.” Moroccan Foreign Minister Nasser Bourita further echoed that sentiment, saying that the summit represented a message to “those who are enemies of this positive dynamic… acting directly or through their proxi… that we are here to defend our values.”