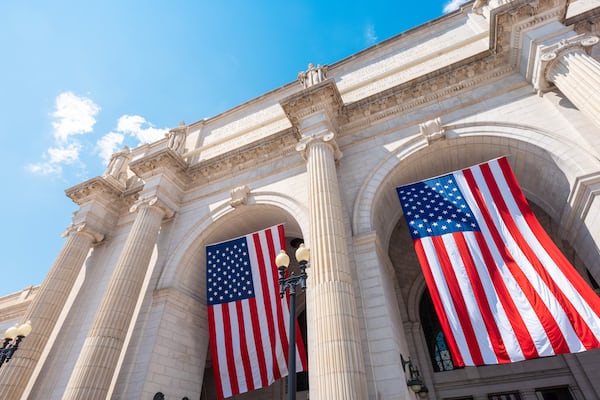 For several days, more than 160 swastikas remained scrawled on the walls and pillars of Union Station in Washington. The alleged perpetrator was arrested, charged with defacing public property — but not a hate crime — and released. Despite Union Station’s attempts to cover them up with paper, and assurances from Amtrak of their removal, they have remained in plain sight, just a few dozen yards from the seat of the House and Senate of the United States, greeting travelers as they arrive in America’s capital. When my friends offered to clean it up immediately, Amtrak officials refused, citing the historical nature of the building. Four days later, the situation at Union Station indeed has become historic.

Union Station now bears the sad title of being the only building in the history of the United States — in its capital, no less — to be publicly festooned with the symbol of Nazism and its genocidal evil for the better part of a week, with no apparent effort to remove them. What’s worse, D.C.’s public passed by in its solipsistic routine with an air of ennui.

I grew up in the 1970s and ’80s in the rural South at the feet of the Greatest Generation and heard from my grandfather and five great uncles stories of their personal struggles and sacrifices against fascism in World War II. As a 9-year-old boy, I learned about Nazism’s particular form of evil from the 1978 miniseries “Holocaust.” I knew no Jews in my hometown, but the Third Reich’s ruthless hatred of them haunted me, and guided by my family’s Christian values and experience, my young mind and heart knew it must be resisted if American liberty was to be maintained.